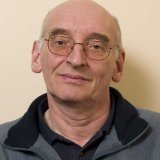 I am an enthusiast photographer, now living in Norfolk after spending most of my life in London.
I used to have a Canon EOS 50D with a variety of lenses. In July 2016 I made the jump to Mirrorless. The final decider was getting a Fujifilm X-T1 after using an X-E2 for a year in parellel with the Canon. I ended up part exchanging my Canon gear in for a selection of lenses.Not regretting it for an instant, love the image quality and everything is so much lighter (apart from the 100-400mm lens).

I also use a small compact Lumix TZ60 (previously a Canon Powershot 260HS) for when I am walking with non-photograper friends.

Some of the pictures here are scanned from slide or negative, taken on various Olympus and Canon film cameras.

The Facebook link on this site takes you Norfolk Countryside Photographers, a Facebook group that I belong to that does what it says on the tin.

Projects
Much as I like taking photos, I can be a bit lax in getting out there and actually taking them. I therefore decided to encourage myself by using the standard method of setting myself projects. They are as follows:

52 Publishing one picture a week for a year on this website. The picture is to be the best picture (as judged by me) taken in that week.

Update: Well, that's a year gone by already, and I have to say that it was quite succesfull. I am definitely taking a lot more photos, but I did find that some weeks it was a matter of choosing the best of a bad bunch.

2HAW This stands for 2 Heaths and a Wood (yes, I know there should be 2 x A's but it didn't look right). I am lucky enough to live within walking distance of 2 lowland heath's in Norfolk, both of which are SSSI's. They are seperated by a wood (and a road), hence the project name. This is aiming to be a long term project to document the area.